What is Expense Reimbursement Fraud?

Companies must contend with a variety of sophisticated fraud schemes on an ongoing basis, and few forms of fraud are more common—and cause more headaches for compliance teams—than expense reimbursement fraud schemes.

What Exactly Is an Expense Reimbursement Fraud Scheme?

Employees can mischaracterize expenses by submitting an expense report for personal goods or services unrelated to the business. Some mischaracterized expenses are easily detected, such as an employee who files an expense report for electronic goods, furniture, or an entertainment event that is unrelated to their work responsibilities. Other forms can be subtler. An employee might have to expense an airline ticket or a hotel booking for business travel, but it’s possible that they could file additional expenses for multiple airline tickets and hotel rooms to bring family or friends with them who are not involved in the business.

An overstated expense is an expense that exceeds the actual cost of a good or service. An obvious example would be an employee who files a $5,000 expense report for an ordinary meal. Yet, it’s more common for fraudsters to repeatedly overstate more minor expenses, such as a $15 meal filed as a $25 or $40 expense. These small overstated expenses can quickly add up, and it can be difficult for compliance processes that rely on manual reviews to detect all of them. Overstated expenses can sometimes result from human error, making it more difficult for a company’s compliance teams to determine if wrongdoing is intentional.

One of the most blatant forms of expense reimbursement fraud is fictitious expenses. These occur when an employee files an expense report for a purchase that was never actually made. Fictitious expenses can take several forms, ranging from an employee completely fabricating the purchase of a good to an employee obtaining a complimentary meal or gift and subsequently filing an expense report for it. Requiring employees to submit receipts for their expenses can prevent some fictitious expenses. Still, it is also possible for employees to fabricate receipts, modify legitimate receipts, or collude with a vendor to obtain a receipt to game the system.

While fraudsters can always choose to disregard their company’s expense reimbursement policies, having transparent guidelines will cut down on accidental cases of improper expense reimbursements and give the compliance team a clearer idea of what kinds of warning signs to look out for in expense reports.

How Can Companies Detect and Prevent Expense Reimbursement Fraud Schemes?

While most companies have policies and procedures to detect and prevent expense reimbursement fraud schemes, the frequency of these schemes and the time it takes to uncover them make it clear that traditional methods of combating expense fraud are insufficient. There are three critical ways that compliance teams can better protect their companies from expense reimbursement fraud schemes:

The first two solutions might seem self-explanatory, but it’s not uncommon for companies to lack a strong culture of compliance or meaningfully robust expense policies. First, compliance is most effective when it’s practiced from the top-down. If a company’s executives and managers demonstrate ethical behavior, employees will be more willing to follow suit. Leadership should encourage employees to report unethical conduct and support rather than penalize whistleblowers. Second, companies must ensure that their policies are working in practice. For example, most companies require receipts for expense reimbursements, but requiring additional details about an expense, such as the number of people who participated in a meal and the cost of every item, can make it more difficult for fraudsters to cheat the expense approval process.

Effectively fight back against expense reimbursement fraudsters with an out-of-the-box compliance data analytics solution. To learn about Lextegrity and our many compliance solutions, reach out to us for a consultation today. 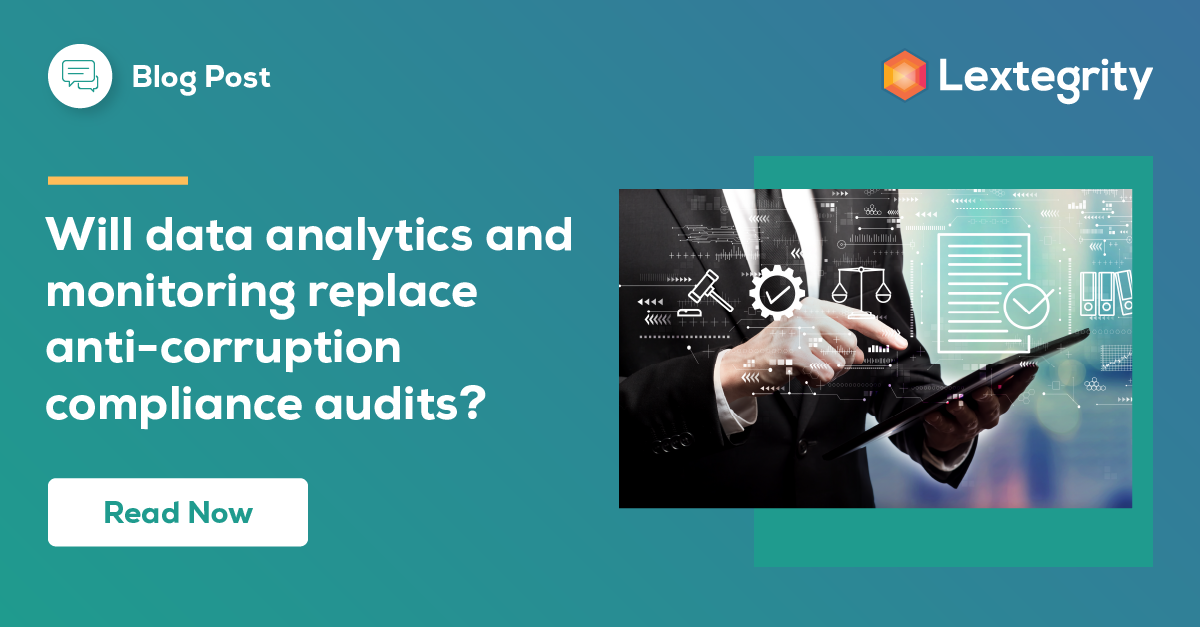 Contextual Analytics: The Foundation of a Data-Driven Compliance Program
Blog